Ngorongoro Crater[Ngorongoro national park] is the world’s largest intact and unfilled volcanic caldera, and is indeed the flagship tourism attraction of the Ngorongoro Conservation Area.

Measuring an area of 260 square kilometers and extending about 20km in diameter, the crater is actually a huge caldera of a volcano that collapsed to a depth of 610m about three million years ago. Over the course of time, streams of water made their way down the crater to form little ponds, and vegetation developed all over, attracting a wide range of wild animals. The crater is host to over 25,000 animals including populations of large mammals such as elephants, buffaloes, elands, wildebeests, zebras, gazelles, hippos, and rhinos, as well as such carnivores as lions, hyenas, jackals, and cheetahs. The ponds, or rather small lakes on the floor of the crater also host a wide-range of water birds including flamingoes and pelicans. Away from the crater floor, the forests on the crater rim is home to leopards, reedbuck, warthogs, and forest birds to complete a natural zoo, and Africa’s ultimate destination to see the “Big Five” (lion, elephant, rhino, leopard and buffalo).

Many animals stay in the crater for large proportion of their lives, but others move out and may move back again.

There are nine craters in the Conservation Area, of which Ngorongoro Crater is the biggest and most stunning. Before it collapsed, geologists estimate, its height was about 4,587m above sea level.

The stunning landscape of Ngorongoro Crater combined with its spectacular concentration of wildlife is one of the greatest natural wonders of the planet. The crater was voted one of the Seven Natural Wonders of Africa in February 2013, by the organization Seven Natural Wonders, based in the United States, which had conducted a campaign since 2008 to determine the most phenomenal natural features of Africa.

Empakaai Crater may not be as famous as Ngorongoro, but many travellers consider it to be its match in beauty. Empakaai is about 8km in diameter, and holds a beautiful; round lake that occupies nearly half its floor. The lake draws flamingos and other water birds and is surrounded by steep-sided, forested cliffs at least 300m high. When flamingos are there, from the rim it looks like pink beaches around the lake.

On the outside, the elevation of Empakaai on the western side is 3,200m above sea level and on the eastern side, 2,590m above sea level. Because of this high altitude Empakaai is almost always shrouded in mist, and the lake appears emerald or deep blue in colour.

Visitors to Empakaai can walk to the rim to catch the appealing scenery or hike down into the crater. From the rim, visitors can view the volcanic cone of Oldonyo Lengai to the northeast, and even the alkaline Lake Natron shimmering in the distance.

A trail descends from the rim to the floor of the crater through the mountain forest hosting birds and monkeys.

The descent to the bottom of the crater takes between 30 and 50 minutes, and might take twice that time to climb back up. Visitors hiking down Empakaai are required to be accompanied by an armed ranger. There are special campsites on the rim of Empaka crater available in booking in advance. Campers at Empakai should bring their own drinking water as well as camping gears.

Olmoti Crater is to the North of Ngorongoro Crater and south of Empakaai Crater. The floor of Olmoti is shallow and grassy, and it is the source of the Munge River, which feeds the Ngorongoro Crater.

Though not as famous as Ngorongoro and Empakaai, Olmoti Crater is worth visiting when travelling North into the highlands. Trekkers can start a two-day walking safari from Olmoti to Empakaai.

It is also possible to climb to the rim and descend down the floor of Olmoti. The highest point at Olmoti is 3,080m and the crater is about 6.5km in diameter. There is a short trail that leads to the Munge Waterfall. Beware of dangerous games along the way and visitor should be accompanied by an armed ranger.

There have been 115 species of mammal recorded in the Ngorongoro Conservation Area. The two main areas for game-viewing, apart from the crater, are the short-grass plains west of the Gol Mountains, northwest of Ngorongoro Crater, and the surroundings of Lake Ndutu close to the border with Serengeti National Park.The two areas become the feeding and breeding ground for over 2 million animals during the rainy reason as they support the great annual wildebeest migration that spans the Serengeti ecosystem. From around December to May (depending on the rains), over one million wildebeests and thousands of zebras and gazelles move south to calve in the short-grass plains around Ndutu that straddle the Conservation Area and Serengeti National Park.

Elephants, elands, hartebeests, and the endangered rhinos are among the residents of the crater. There are also resident zebras and wildebeests in the crater that do not take part in the annual migration. Hippos are found in the permanent fresh water pools and the swamps in the crater. Other non-migratory herbivorous mammals that are found in the Conservation Area include buffalos, waterbucks, warthogs, and kudus and other species of antelope. Giraffes live in the surroundings of Lake Ndutu, where acacia trees are abundant.

There are over 550 recorded species of birds in the Conservation Area, of which some are resident and others are migratory. Lake Magadi, a salt lake on the floor of the crater, is often inhabited by thousands of lesser flamingos and other water birds. These birds can also be observed around Lake Ndutu and in the Empakaai Crater Lake.

The forests of Ngorongoro are also abundant with birds, including species of turaco and hornbill .Raptors such as the goshawk and harrier are common on the plains of the Conservation Area. 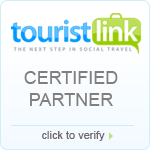